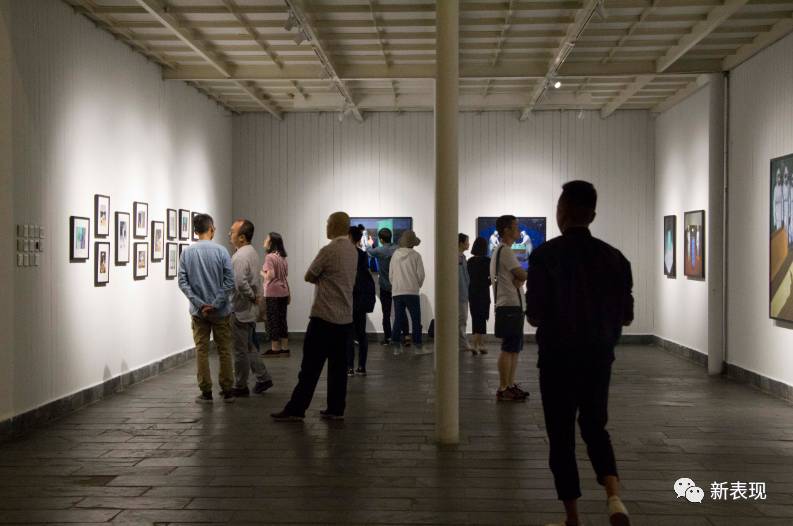 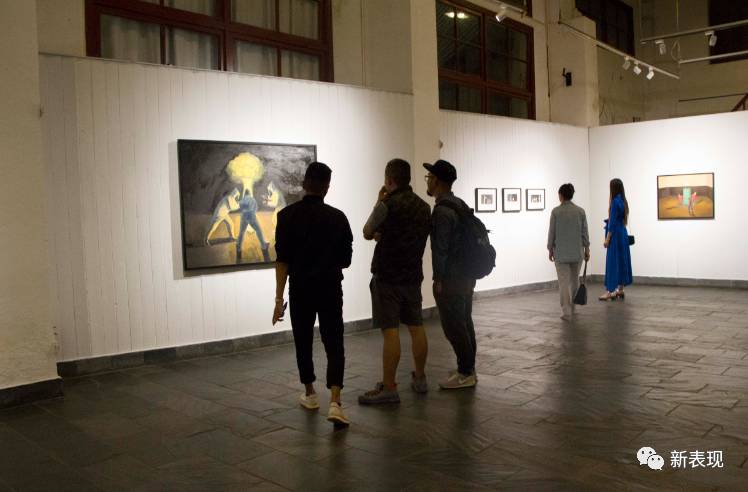 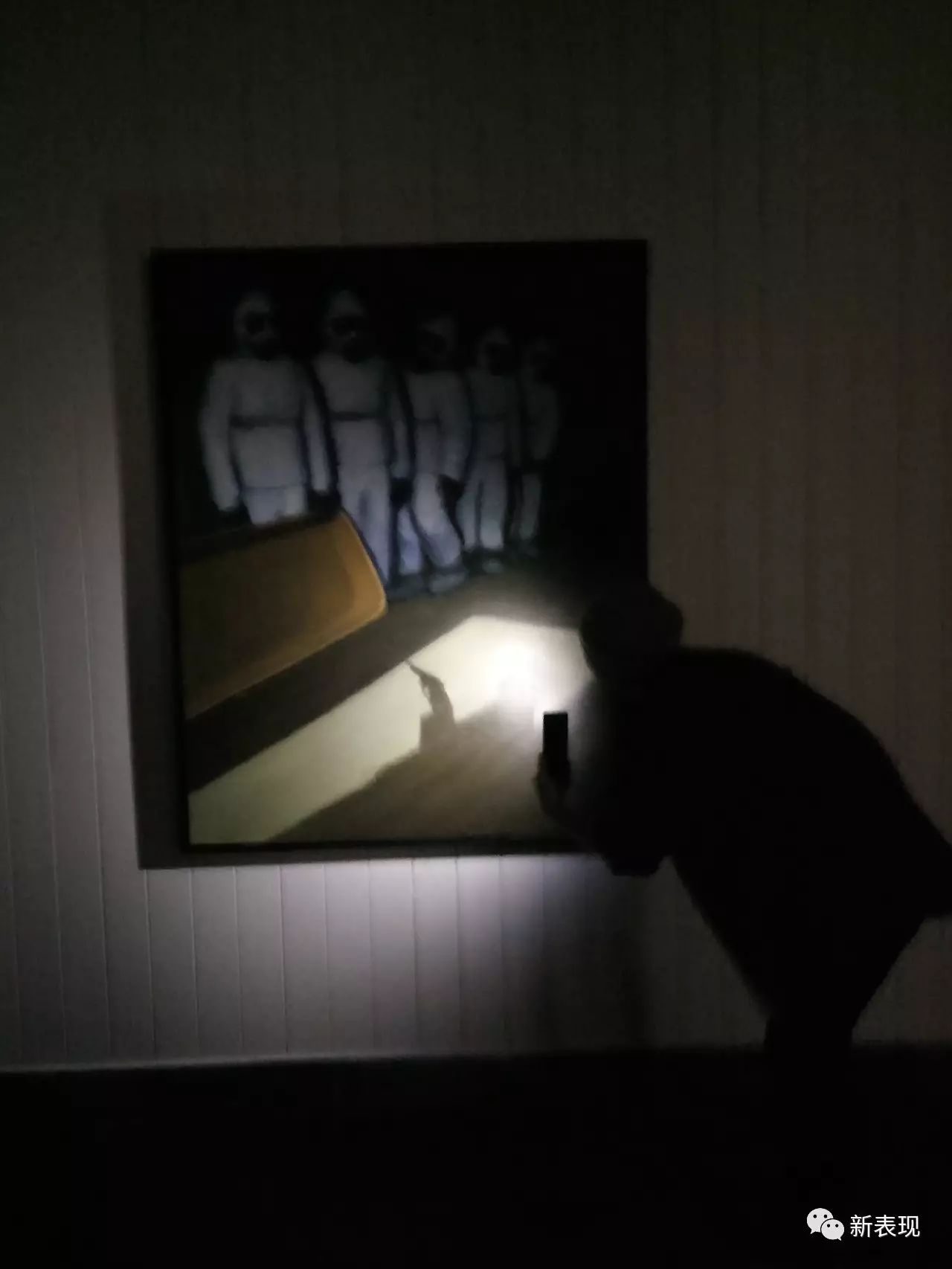 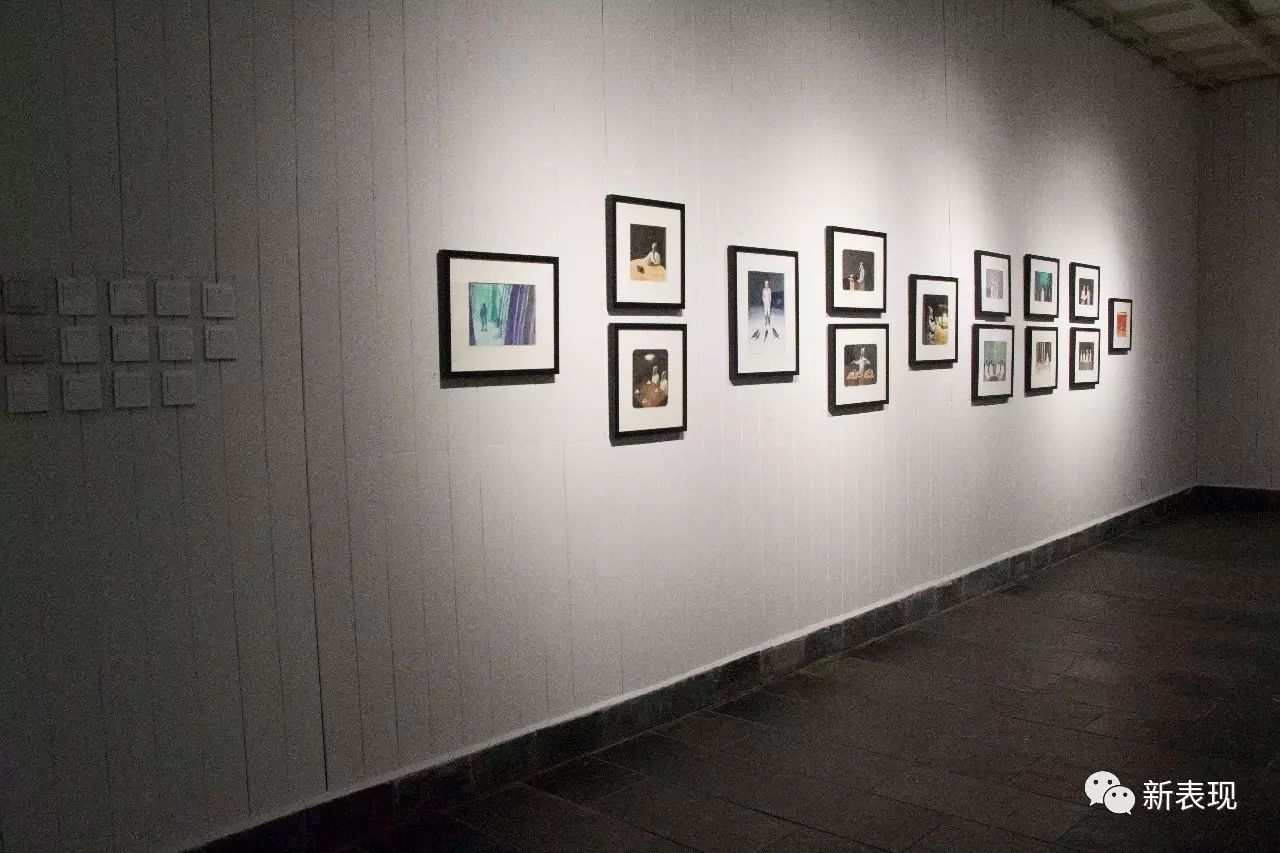 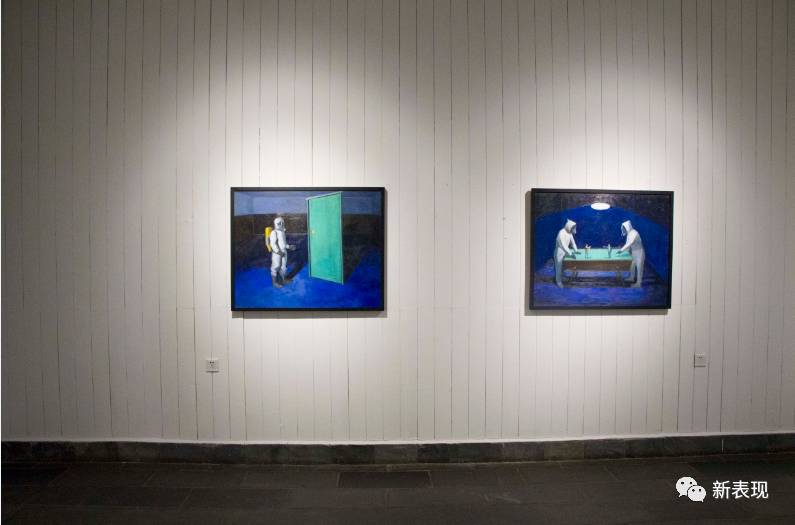 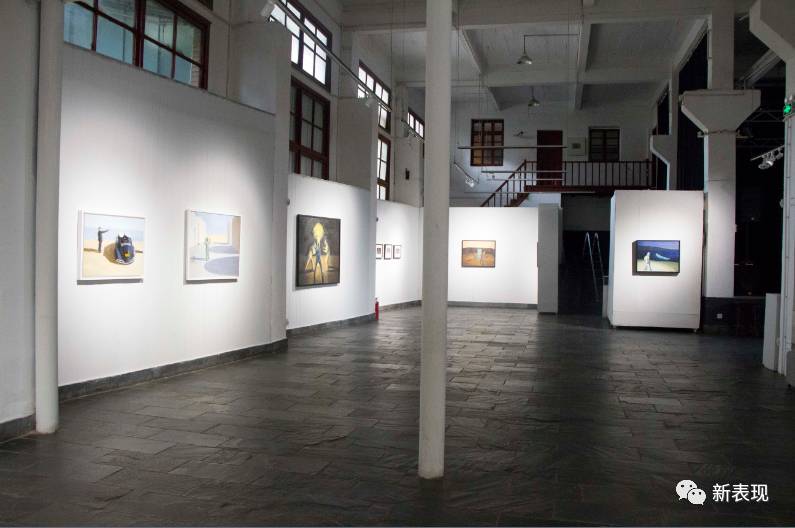 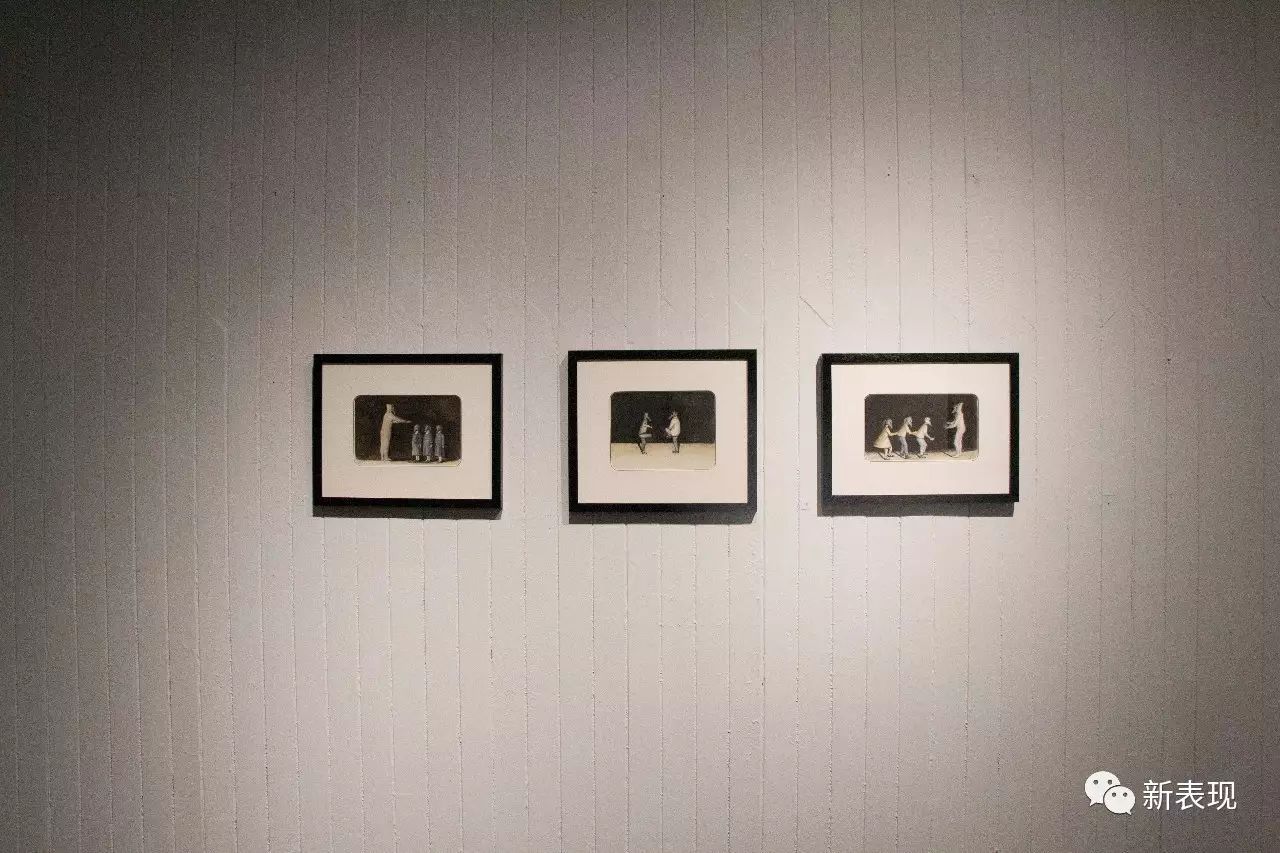 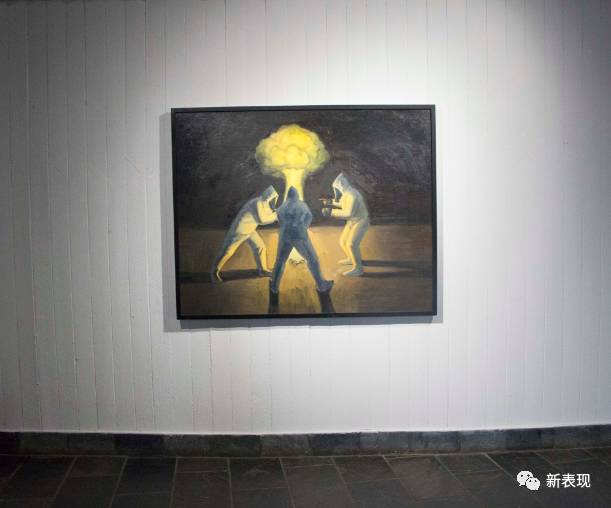 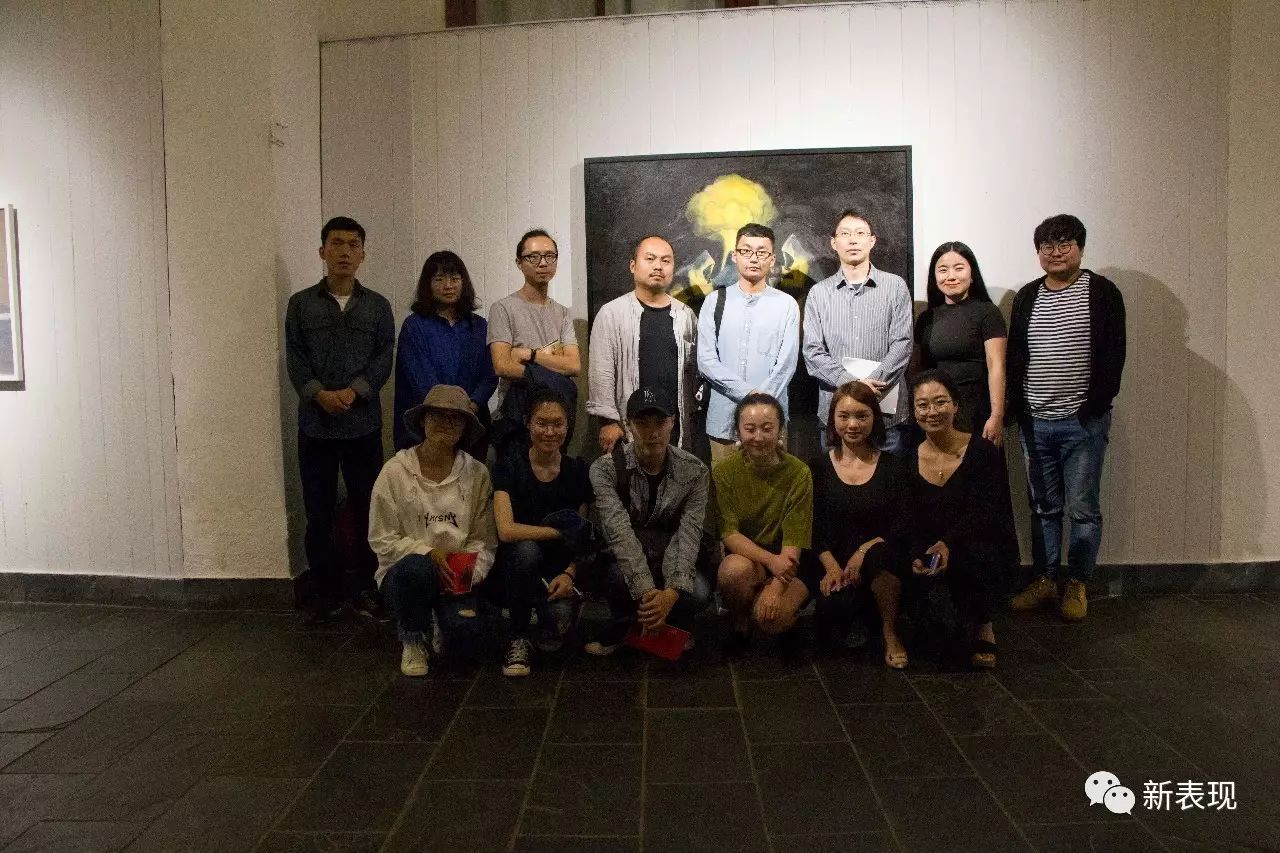 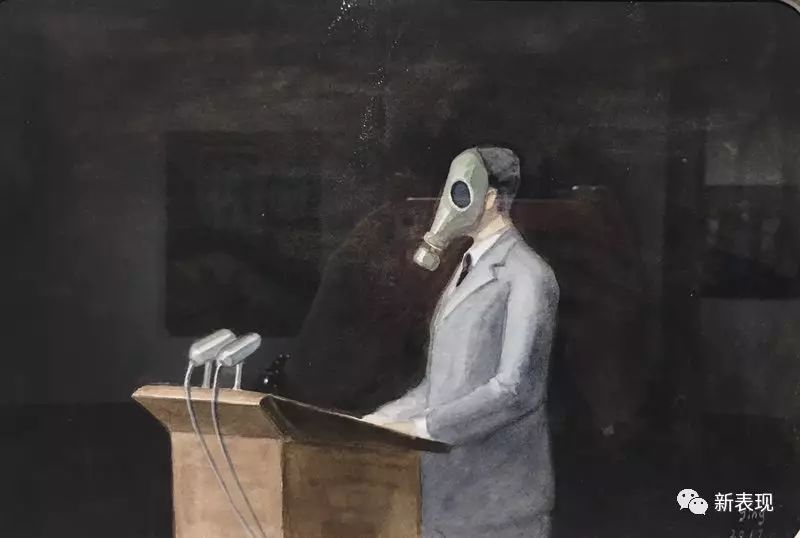 Ying Borui is my graduate student who has a regular life, and he spend all the time on his own studio except having class or giving class to some children. He is introverted and intelligent, and solid in doing things or drawing. He is also earnest with people, especially kind to animals. He have raised more and more than 30 hamsters and 4 dogs. I can't image that he finished over 200 pieces of paintings and paper works. Meanwhile, he need to have class and feed animals.

Borui studied at Yang Yijiang's studio during his undergraduate period. He has a solid background in realistic painting skills. During the course of nearly three years of creative and graduate studies, he became interested in surrealism painting and Edward Hopper, an American painter. His master's thesis is based on the painting of Hopper. After continuous research and practice, his surrealist painting language has been combined with the contemporary social feelings he wanted to express. And his style is becoming more and more mature.

Look at his paintings, just like reading a funny and sad story. And the protagonist is ourselves. People wearing gas masks broke into the harmonious night, well-equipped human gave a helpless sign to the ordinary objects, the New People wearing biochemical masks danced a unified dance, etc. These are metaphors of the realities and crises of contemporary society, and the common human frailties. There is illusion beyond reality, and have compassion and care for similar. Not only reveals humorous and rational wisdom, but also reflects our hidden cruel and selfish, and the psychology of making fun of others and peeing at others.

Compared with the narrative content of Borui's paintings, his painting language is closer to him that I have ever known—simple, delicate, concise, accurate and restraint. The objects depicted in his paintings are full of vitality. Modeling is general and accurate, and the details also interesting. In his recent works, the color become heavy, deep and delicate because of depicting the night. The pictures both have the depth of the three-dimensional space and the obvious features of the two-dimensional.

There are many differences in contemporary art and modernism art. It is an important feature that express personal sociology thought in works. Which also is the modernism art's strength. I think the charm of Borui's paintings are not only in the special knowledge of modern drawing, but more come from his extraordinary consideration to modern life. 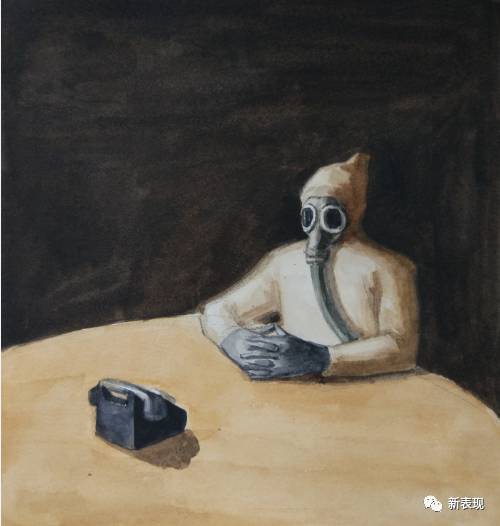 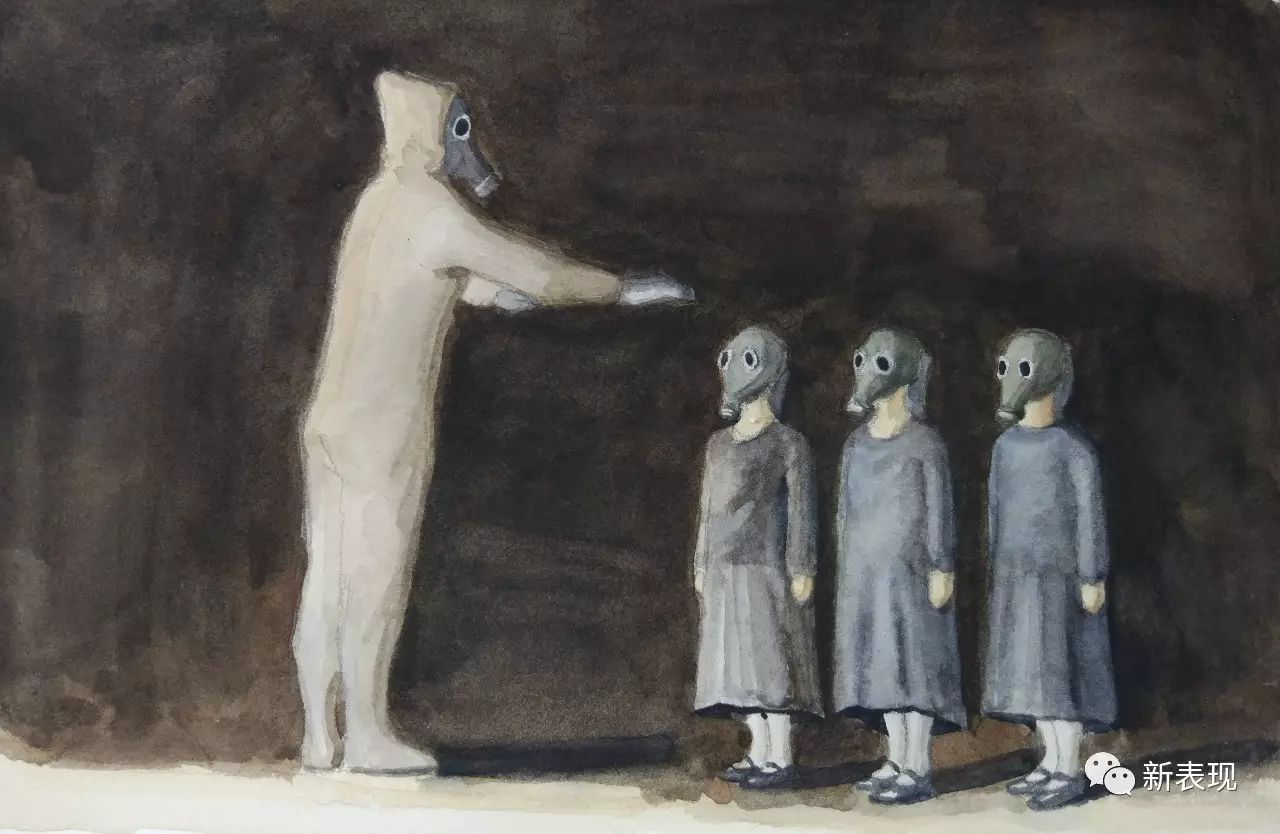 The personal narrative of Ying Borui: The Protection of Loneliness

Rousseau once said: “a man who is bent wholeheartedly on the work will ultimately succeed”. I have not succeeded today but I have been fully engaged in painting since I was young and I have not stopped learning and exploration. I have seen my friends abandoning the learning of painting in this difficult process and I have also thought of abandonment. Therefore, I told my mother of my thought and I still remember what she said to me: “people should learn to be lonely”. Although I did not quite understand her at that time because of my young age, I realized her meaning when I grew up. The process of seeking the truth of art is lonely and “a man” said by Rousseau may also imply this meaning. Because of this, every successful artist has created his own independent and unique style.

I have walked on the road of art with unawareness for more than ten years from my ignorant painting to the seeking of my way, I have been growing and the seeking of the way belonging to me requires careful observation and in-depth thinking. Facing the art today, we have discovered that there are multiple choices of art to choose since Marcel Duchamp and I still choose easel painting among various choices. To my understanding, this is a purest artistic form and it can most truly express my thoughts. I think that most contemporary art works are mainly based on conveying the personal thoughts of artists and they are more characteristic of spiritualism. I have been learning from many western artists, to include Lucian Freud, Eric Fisher, Edward Hopper, etc. and have been influenced by them but I have not completely accepted them. I continued to take what I observe and what I think as the direction of my creation. Therefore, most of my painting works are the description of me and the social reality and people who are the major social existence are major subjects of my works.

In the earlier years, my creation is mainly based on the normal people added with light and shadows to create a strange conception and later I added the characters with chemical protective clothing when I felt that the normal characters could not satisfy the atmosphere I required. Chemical protective clothing has two meanings to my works. On one hand, human activities have caused pollution to the earth and chemical protective clothing has become a common product that is closely associated with our life because we can say that people today are living in a very dangerous and fragile environment. On the other hand, people in society are isolated from each other and compete with each other which have caused a barrier and the barrier is like the effect of chemical protective clothing which has blocked their association with the external world and has prevented others from harming them. To me, it means deeper thinking as chemical protective clothing is an implication of self protraction awareness and dangerous environment. I was born in Kunming and I grew up in the urban area. I have witnessed the change of this city, observed the contamination of the Dian Lake and have experienced air pollution. When I grew up, I feel the pressure of urban life and have observed the isolation, competition, attack and jealousy of the people. In an environment full of threat, we wander and breathe with perplexity but we have nowhere to go although we want to escape. When I once saw chemical protective clothing in a movie, I felt that it was very close to what I think. Therefore, I combined it with the characters in my works to describe my in-depth thinking and I have used it till today.

In my view, chemical protective clothing is the safest and it prevents disturbance and harm from the external world and even people nearby cannot see your true face. However, under such circumstance, the individual has become lonely. This is the same circumstance for me who have been walking on the road of art. I am fully aware that the Fontainebleau style pretty oil paintings in the art market aim at pleasing the public but I do not want to abandon my exploration of the artistic world due to the small profit. To me, painting is the basis of sentiment and thoughts instead of the tool for earning money. What I can do is to preserve it in the chemical protective clothing and I have continued walking on the road of art. To painting, loneliness is a good medicine that testes bitter, as Mr. Qi Bai-shi once said that “painting is the way of loneliness. Those who can endure loneliness can make achievements”.

The world in my works is not a real world and it is the interaction between illusion and reality which is like a dreamland that combines fantasy and reality. In this dreamland, we can receive a protection which is the protection from loneliness. Under the protection of loneliness, we can freely explore and discover more things that are surrealistic and we can also more freely describe our understanding of the reality. Finally, let me use what Cezanne has said to end this article, “the truth of painting I owe you will be told in the painting”. 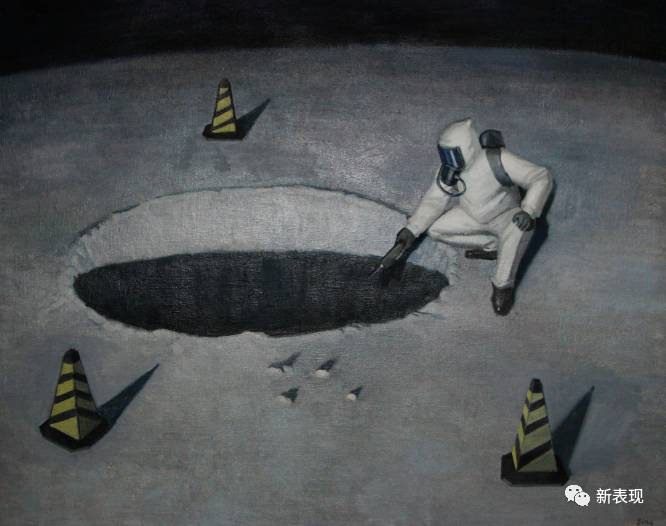 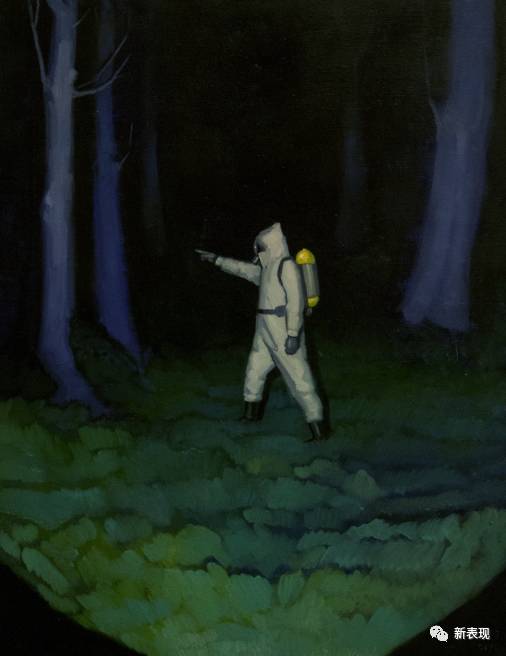 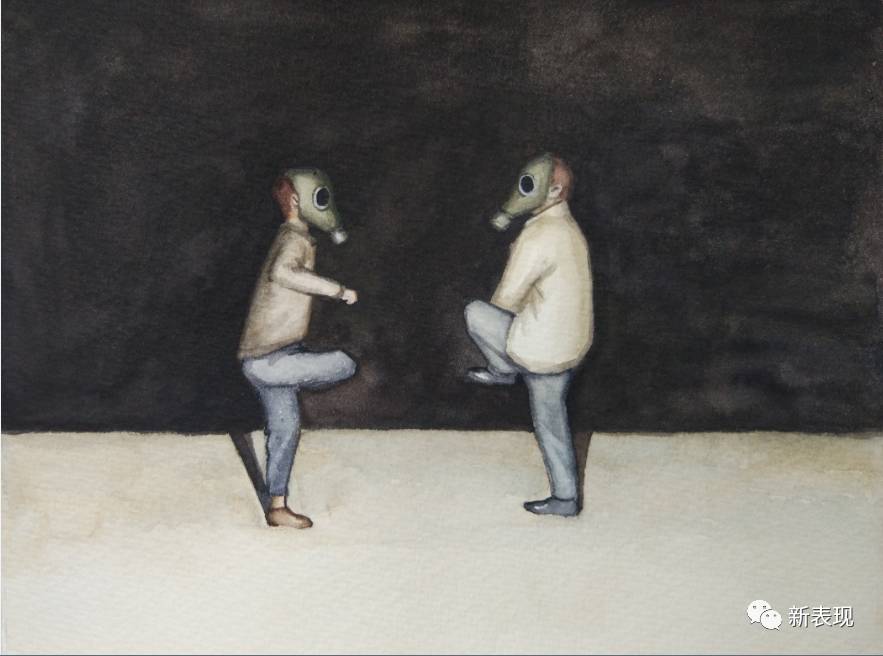 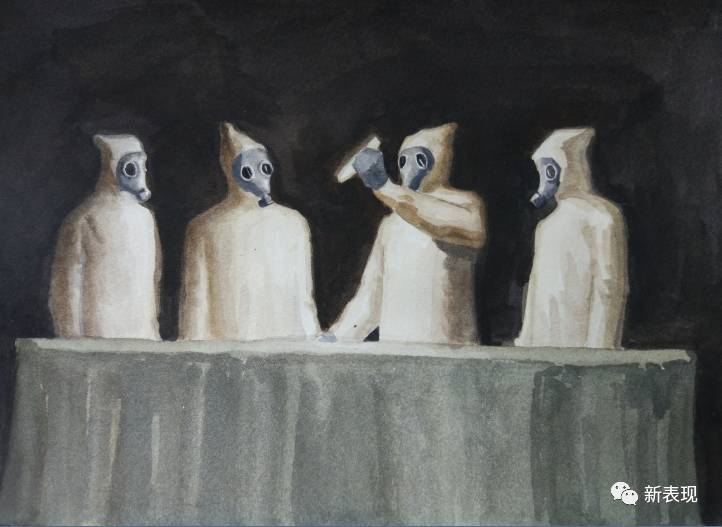 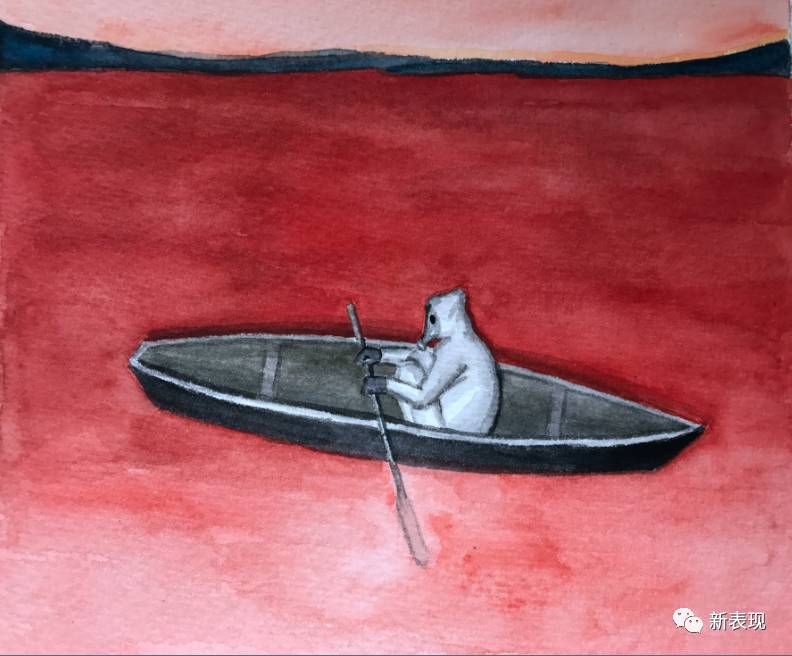 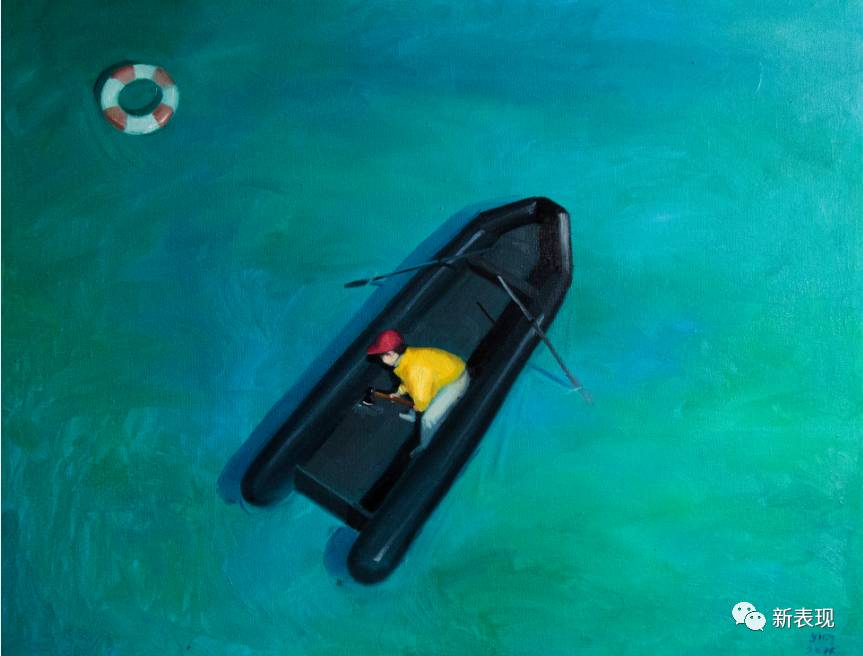 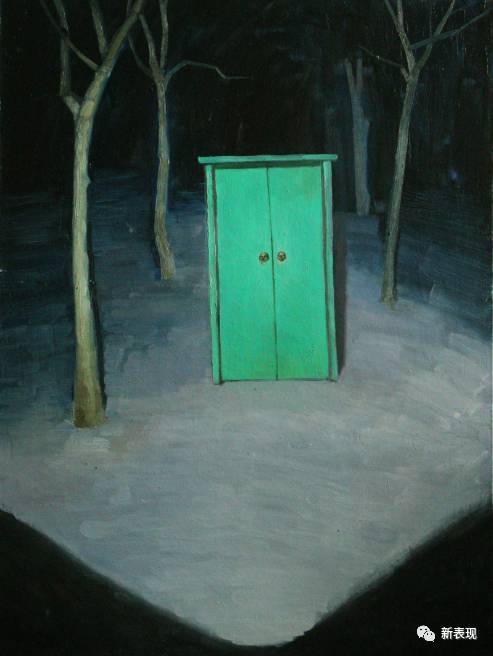 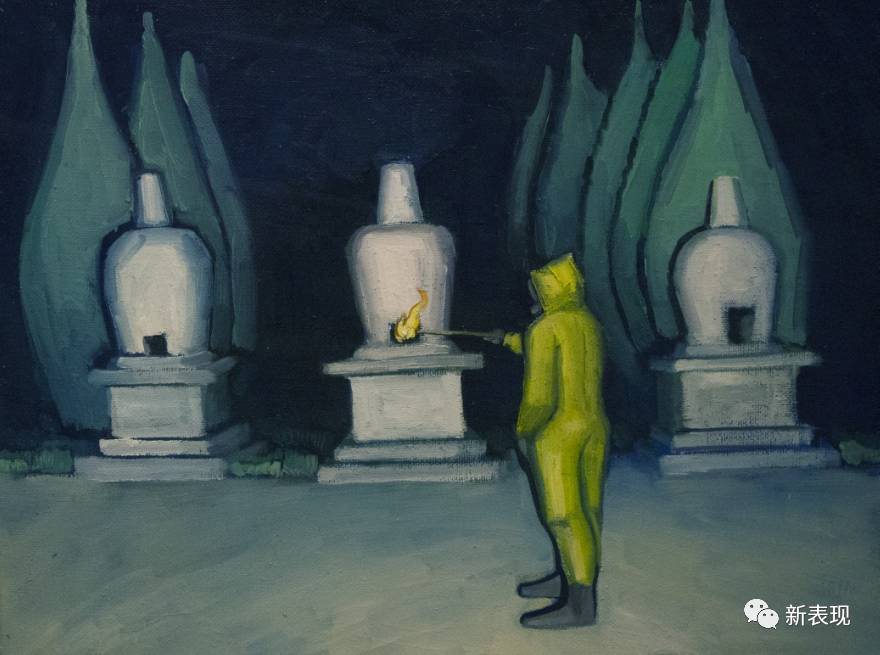 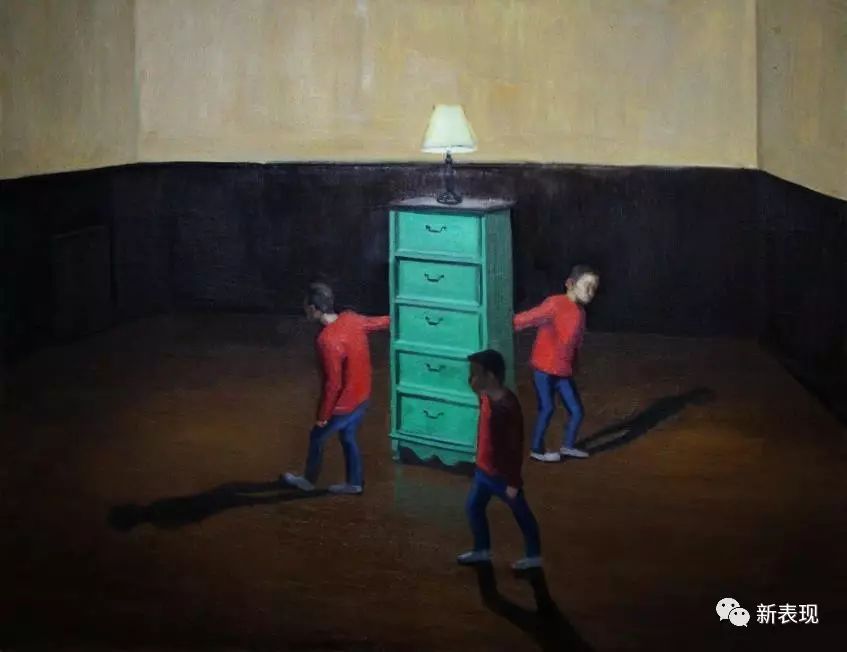 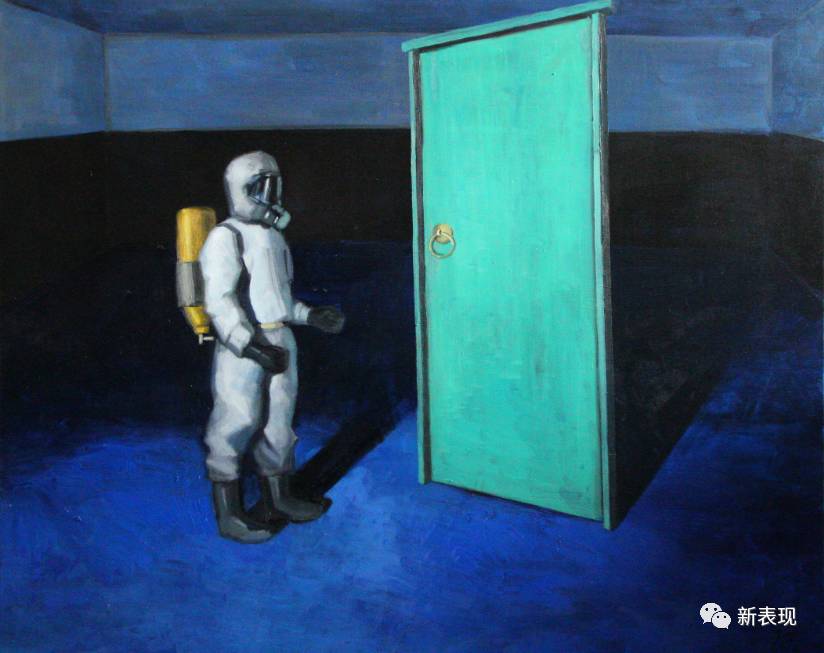 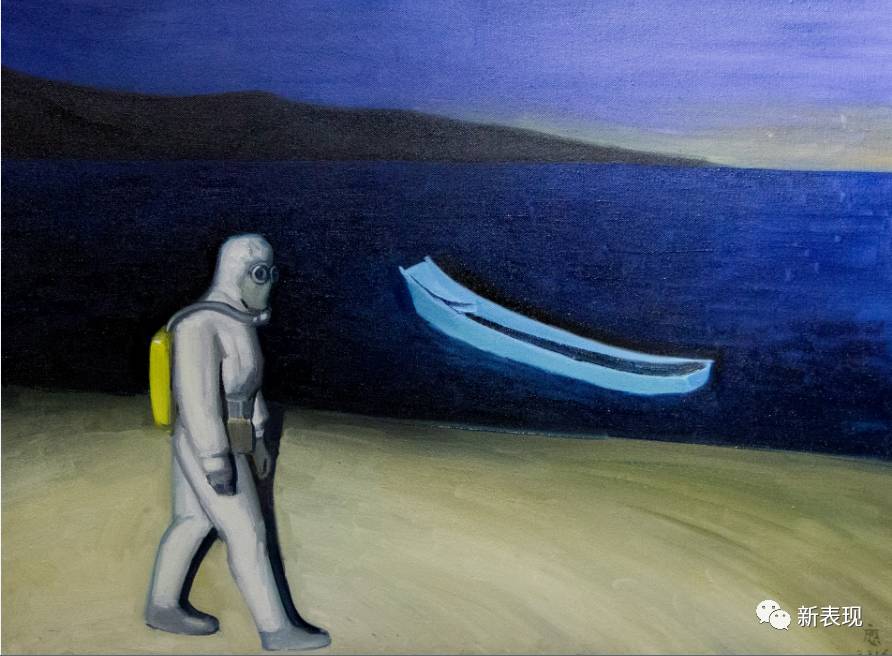 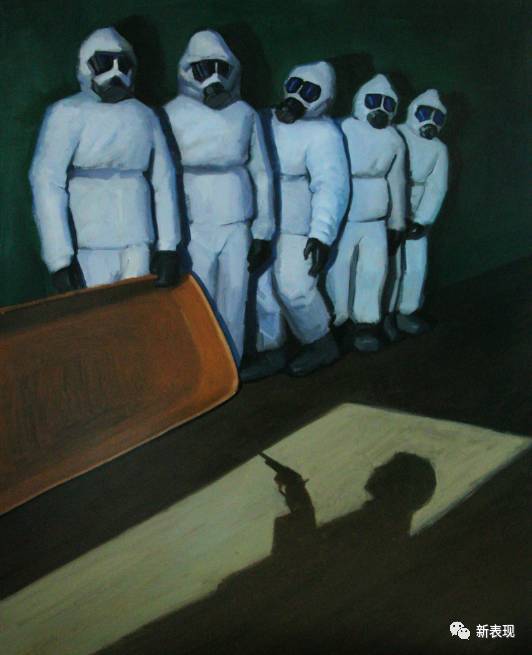 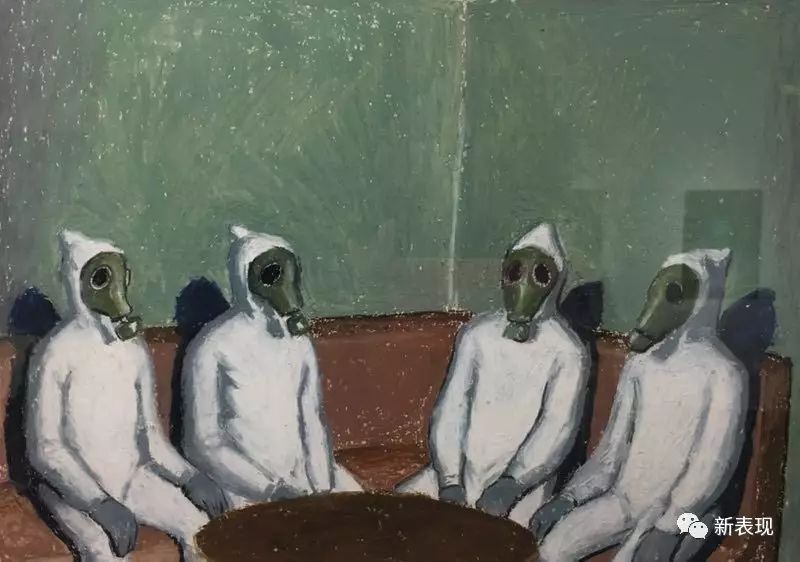 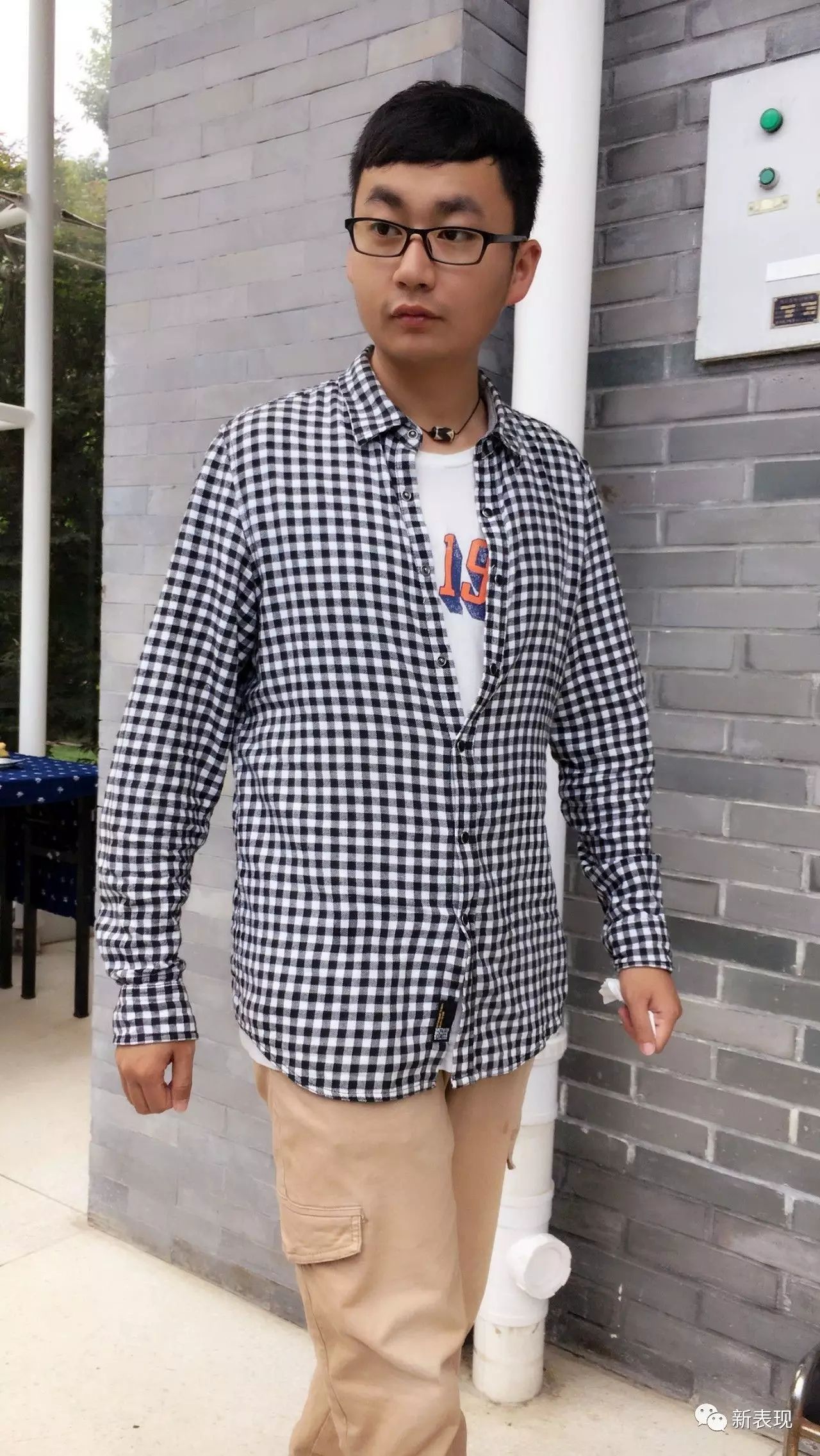 I was born in Kunming in 1990, and have never given up on oil painting since I met her in my childhood. With her 20 years’ company, oil painting has become part of my life and nothing has made me forget my obsession with her. She is the one most familiar to me, penetrating every thoughts and feelings of mine. We are of one mind. Whenever I turn to her, there are always wonders awaiting me. 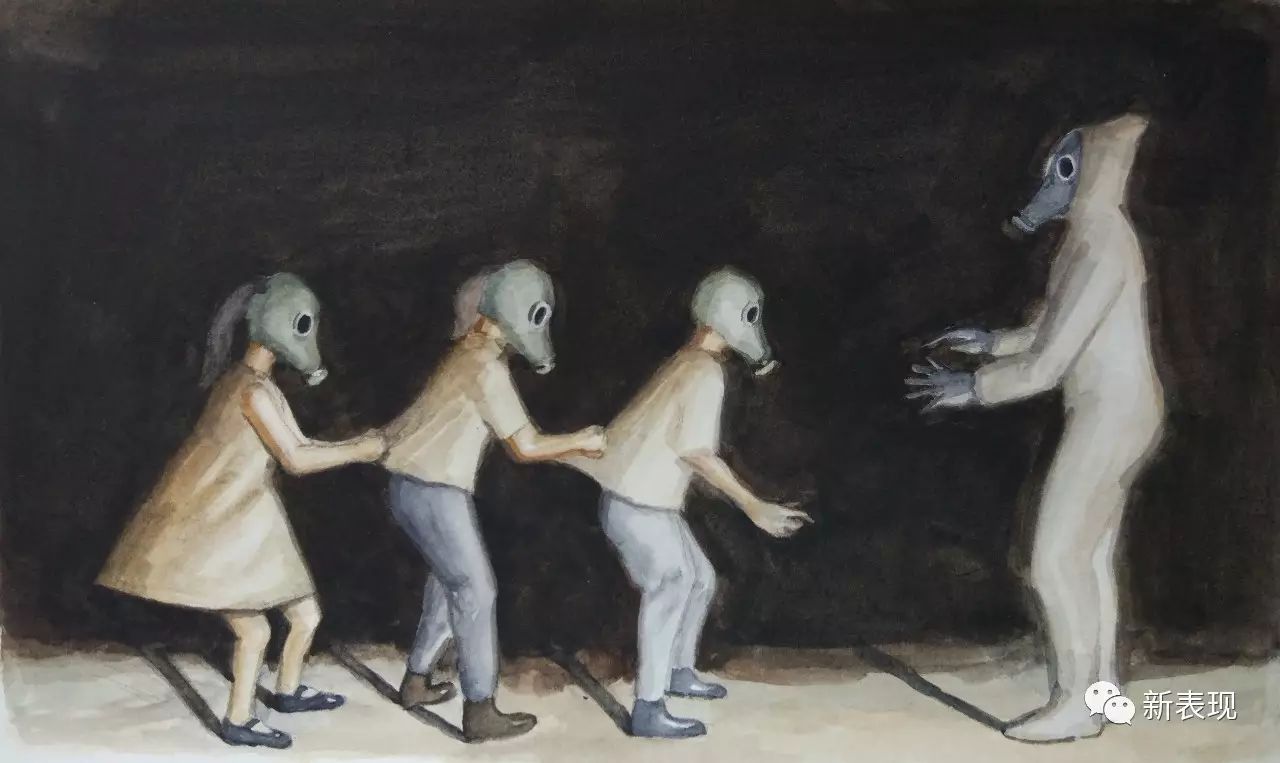