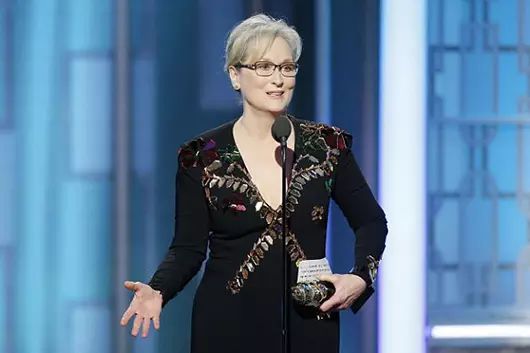 第74届美国电影电视金球奖近日在洛杉矶举行，梅丽尔•斯特里普（Meryl Streep）荣获终身成就奖。梅丽尔发言中提到：...It was the moment where the person asking to sit in the most respected seat in our country imitated a disabled reporter...暗指2015年特朗普模仿侮辱残障记者风波，并评论到： 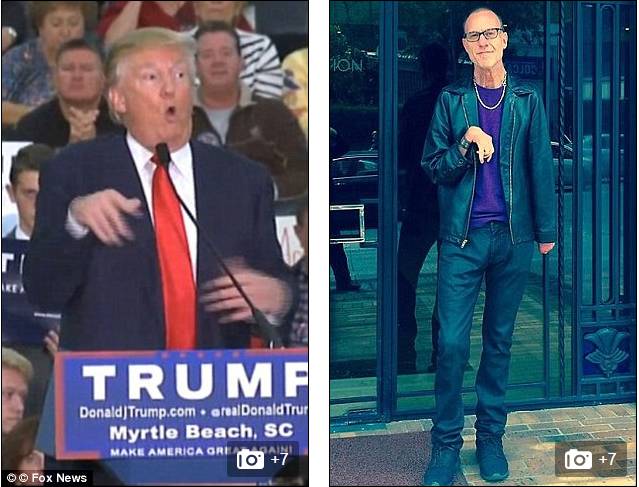 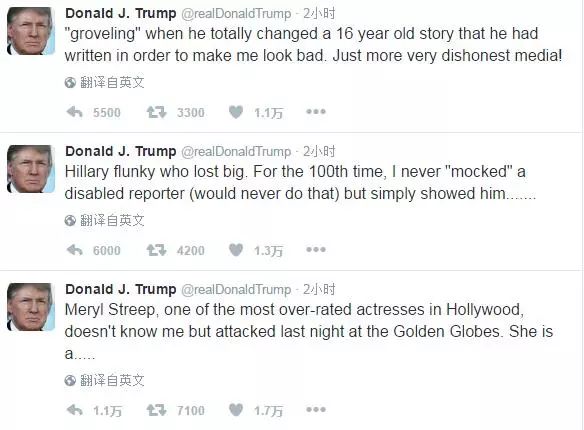 Merly Streep, one ot the most over-rated actresses in Hollywood, doesn't know me but attacked last night at the Golden Globes. She is a Hilary flunky who lost big. For the 100th time, I never mocked a disable reporter(would never do that) but simply showed him groveling when he totally changed a 16 year old story that he had written in order to make me look bad. Just more very dishonest media!

"I was never mocking anyone," Trump told the Times on Monday. "I was calling into question a reporter who had gotten nervous because he had changed his story. People keep saying I intended to mock the reporter's disability, as if Meryl Streep and others could read my mind, and I did no such thing." 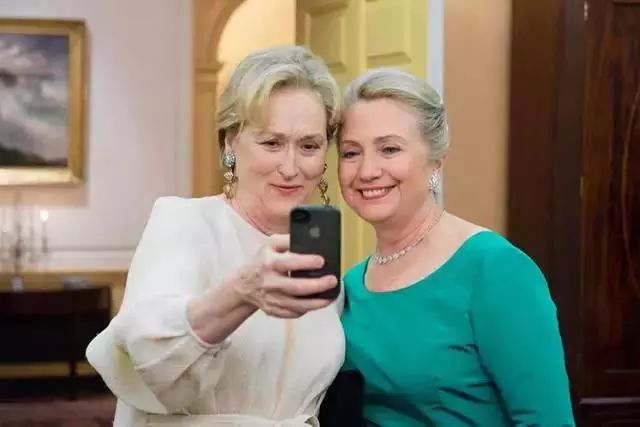 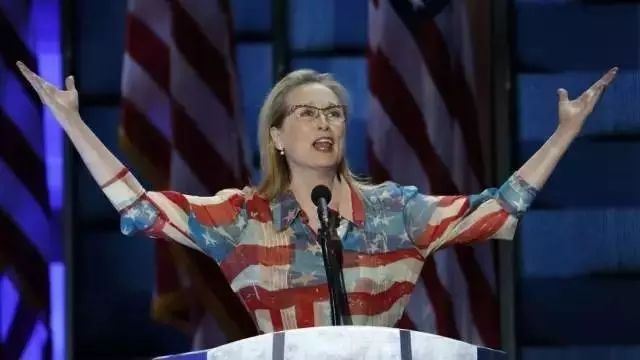 I love you all. You’ll have to forgive me, I’ve lost my voice in screaming in lamentation this weekend and I have lost my mind sometimes earlier this year so I have to read. Thank you, Hollywood Foreign Press, just to pick up on what Hugh Laurie said, you and all of us in this room, really, belong to the most vilified segments in American society right now. Think about it: Hollywood, foreigners and the press. But who are we, and what is Hollywood anyway? It’s just a bunch of people from other places. I was born and raised and educated in the public schools in New Jersey; Viola [Davis] was born in sharecroppers cabin in South Carolina and came up in Central Falls, Rhode Island; Sarah Paulson was born in Florida, raised by a single mom in Brooklyn; Sarah Jessica Parker was one of seven or eight kids from Ohio; Amy Adams was born in Vicenza, Veneto, Italy; and Natalie Portman was born in Jerusalem. Where are their birth certificates? And the beautiful Ruth Negga was born in Addis Ababa, Ethiopia, raised in Ireland and she’s here nominated for playing a small town girl from Virginia. Ryan Gosling, like all the nicest people, is Canadian. And Dev Patel was born in Kenya, raised in London, and is here playing an Indian raised in Tasmania. So Hollywood is crawling with outsiders and foreigners, and if we kick them all out, you’ll have nothing to watch but football and mixed martial arts, which are not the arts.

An actor’s only job is to enter the lives of people who are different from us and let you feel what that feels like, and there were many, many, many powerful performances that did exactly that — breathtaking, compassionate work. But there was one performance this year that stunned me, it sank its hooks in my heart. Not because it was good, there was nothing good about it. But it was effective and it did its job. It made its intended audience laugh, and show their teeth. It was the moment where the person asking to sit in the most respected seat in our country imitated a disabled reporter. Someone he outranked in privilege, power and the capacity to fight back. It kind of broke my heart when I saw it and I still can’t get it out of head because it wasn’t in a movie, it was real life. And this instinct to humiliate when it’s modeled by someone in a public platform, by someone powerful, it filters down into everybody’s life because it gives permission for other people to do the same thing. Disrespect invites disrespect, violence incites violence, and when the powerful use their position to bully others, we all lose.

Okay this brings me to the press. We need the principal press to hold power to account, to call him them on the carpet for every outrage. That’s why our founders enshrined the press and its freedoms in our constitution. So I only ask the famously well-heeled Hollywood Foreign Press and all of us in our community to join me in supporting the Committee to Protect Journalists because we’re gonna need them going forward and they’ll need us to safeguard the truth.

One more thing — once, when I was standing around on the set one day whining about something, we were going to work through supper or the long hours or whatever, Tommy Lee Jones said to me, isn’t it such a privilege Meryl, just to be an actor? Yeah it is, and we have to remind each other of the privilege and the responsibility of the actor’s empathy. We should all be very proud of the work Hollywood honors here tonight.

As my friend, the dearly departed Princess Leia said to me, take your broken heart, make it into art. Thank you friend.”